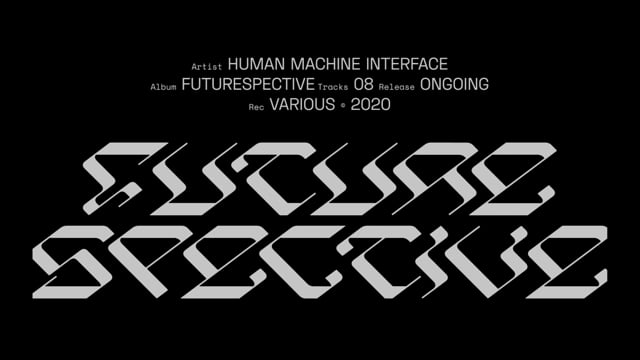 Columbian techno artist David Gomez – aka Human Machine Interface – approached the designers to develop a distinct branding for his debut album „Futurespective“. The album expresses the artists approach to music, which is heavily rooted in the interplay between the digital and the non-digital.

The design builds on the idea of interaction between the human and the digital world. The question of how a computer would interpret human letterforms led to two distinctive custom typefaces as the main visuals of the branding. The single artworks were used as a built up for the final album cover and the microsite. The website fuses the different design assets including typography, a vivid duotone color palette and cryptic video fragments.